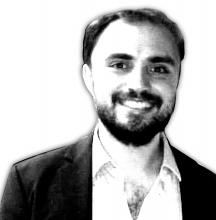 This is a critical moment in the Jordanian-Israeli relations, as they have deteriorated over the past months, reaching their lowest point since the 1994 peace treaty was signed. This diplomatic crisis has halted the planned Jordanian-Israeli-Palestinian Red Sea-Dead Sea Canal (RSDSC) project, which the Jordanian government sees as vital to “save the Dead Sea” and to provide water to northern Jordan — where the water demand is highest. However, there are alternatives for how to “save the Dead Sea”, and to ensure water security to Jordan. In fact, this could be an opportunity for Jordan to save the Dead Sea by calling for rehabilitating the Jordan River, putting the environment at the centre of discussions. To ensure water security, Jordan could firstly work on a better water management — especially in the unsustainable agricultural water uses — and then consider regional desalination cooperation with Saudi Arabia. Continue reading here.